Today (March 2, 2020), Gearbox patched both Borderlands 2 and The Pre-Sequel. This ended up breaking the hex-editing features in Hex Multitool for a little bit, until the Multitool could get updated.

Not long after the fix, though, a new version of Hex Multitool was released which works for hex editing once again:

So grab that and have at it! One other potential avenue for dealing with hex editing issues is also using PythonSDK, which enables a completely different kind of BL2/TPS mod, but also has the side effect of enabling modding when it’s loaded. (The SDK does not currently do other edits like increasing backpack space or disabling sanity checks, though.)

Keep in mind that we still recommend using Offline Mode for mods, thanks to some recent changes in how SHiFT is interacting with the game. Users won’t get an error on the console when executing the patch, but will notice that they don’t have the “Running UCP” notification on the BAR screens, and many changes from the patch won’t be applying properly. 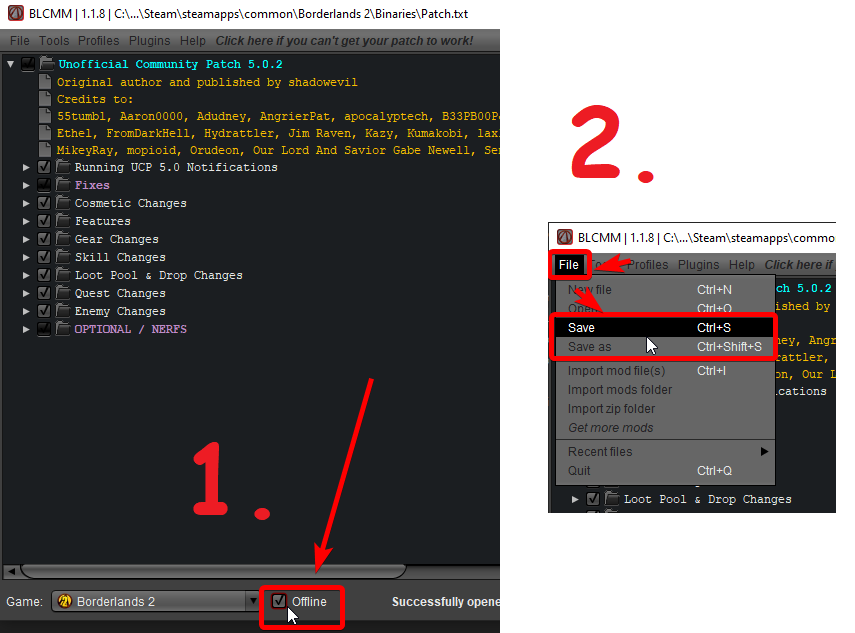